It’s been a long road, the paths not always smooth but the determination unfailing and the vision clear.

This year, VIAF is celebrating a milestone since it was first formalised as a Festival twenty-five years ago. Mro Joseph Vella and his team had for years been organising a few events leading up to one of Gozo’s major feasts, that of St George in Victoria. It dawned on this group of people that, actually, this could be set up and formalised as a Festival that would give a robust cultural platform culminating in the celebrations surrounding the feast of St George. Hence was born the Victoria International Arts Festival, a leading Festival of its kind on the Maltese islands, dubbed ‘a quiet revolution’ and ‘the Gozo miracle’, among other brands.

Since its inception, the organising committee led by Mro Joseph Vella, a man whose musicianship and vision are second to none, has ventured beyond its wildest dreams. What started as a week of musical events has developed into five weeks of incredible programmes, from orchestral concerts to choirs to chamber music in every conceivable formation to solo performances to big bands, exhibitions, dance performances, talks, master classes. Yes, it is a miracle, for the odds have neither been few nor light. But not knowing when you’re beaten helps, and the conviction that something good is being done is only one of many points of reference that the committee needs to forge ahead.

Regrettably, Mro Joseph Vella is no longer with us to enjoy the moment but from the Elysian fields we are sure he cannot be but happy. The 25th anniversary programme will be announced in the coming days and we know you won’t be disappointed. Presenting VIAF25 live again, after two years of pandemic turmoil has given an added trigger for the organisers to provide an excellent programme that will surely have something for everyone.

Resting on the platform of chamber music, which is the backbone of VIAF, George Joseph Frendo, Artistic Director, announces that once again the opening and closing concerts will be performed by the Malta Philharmonic Orchestra under the baton of Mro Philip Walsh. Soloists for these two concerts are soprano Miriam Cauchi and violinist Andrea Gajic respectively. The opening concert will be held at Teatru Astra while the closing one will take place at St George’s Basilica. For the rest of the programme, over 170 performers from 18 different countries will be taking part in a diversity of art forms, ranging from music to art to literature and theatre.

A ground-breaking event will be the celebration of the first centenary of the publication of James Joyce’s Ulysses. A script was commissioned by VIAF and, in collaboration with the Department of English at the University of Malta and the Storm Petrel Foundation, a play will be performed surrounding Joyce’s astonishing novel. This will take place on Bloomsday (16 June) and, of course, the venue will be a pub, specifically ‘The Queen Victoria Pub’ on South Street, Valletta. Where else? Brilliant script-writers/actors Emma Johnson and Vikesh Godhwani are determined to give us all a great treat.

The art exhibition which this year will be inaugurated on Sunday 12 June will showcase new paintings by well-established artists Debbie Bonello and Andrew Borg. This exhibition will consist of works inspired by Gozitan landscapes and is aptly entitled ‘Whereabouts’.

A series of master classes which will be spread throughout the year is also planned, as in previous years, while literary talks are also on the programme.

Perhaps the most impressive aspect of VIAF is that, for twenty-five years all of the events on its yearly programme have been offered free of charge to the public. Mro Joseph Vella was absolutely right when he said that ‘only like this will VIAF work’. And, bless him, was he right!

For attendance to any of the events on the programme, please write an email to [email protected] This is necessary in order to conform with health protocol concerning COVID-19.

In tribute to one of Malta and Gozo’s most illustrious citizens, this year’s 25th edition of VIAF is, once again, being offered in Mro Vella’s honour. It’s the least we can do. We’re sure he would approve of this celebratory programme.

Watch this space for that and more!

VIAF 2022 is sponsored by the Gozo Cultural Support Programme within Arts Council Malta, The Ministry for Gozo, the Valletta Cultural Agency, the Embassy of Ireland in Malta, the Storm Petrel Foundation, Bank of Valletta, APS Bank, and others. 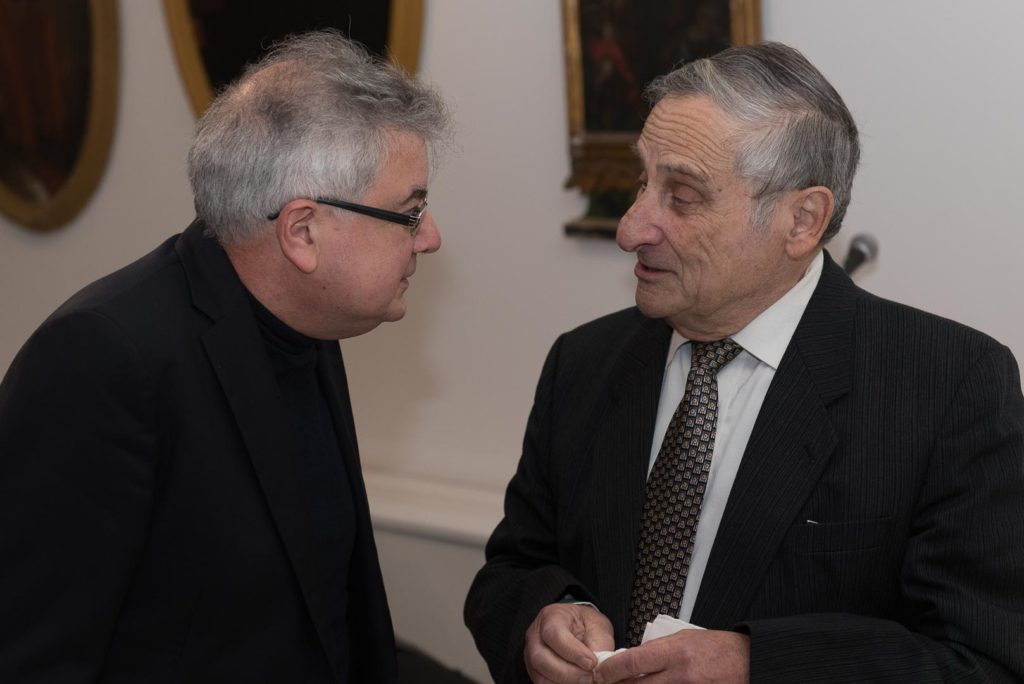