Another recital in the 22nd VIAFestival series featured a duo recital by Ava Rebekah Rahman (violin) and Matthias Diener (cello) at the church of St. Augustine. Matthias Wiener is the cellist of the Minguet String Quartet which had given a splendid performance the previous evening at the same venue.

A duo performance somehow projects an even more intimate feeling and atmosphere than any bigger combination of forces. It just takes two musicians who have to, must be, in utter harmony; in full concentrated, mutual rapport and support. It was clear from the start that these qualities were enshrined in the Rahman-Diener duo. They not only just love to make music together but somehow they projected this feeling to those lucky enough to be in their audience.

The first half of the programme was punctuated by a number of Inventions from J.S. Bach’s sets BWV 772-776, of which Ns. 1 & 3, 4 & 5, and 10 were performed. These precious little gems, originally for harpsichord and adapted for violin and cello, bear the unmistakable stamp of the Master. They are absolutely charming exercises of warm, intimate interaction ranging widely in mood.

In between these Inventions some very contemporary pieces provided a wide contrast. First was Konstantia Gourzi’s very heartfelt Song for Peace beginning with an arresting cello introduction with a response from the violin later developing in a sort of dance-like duo followed by a more reflective phase leading to a more decisive finale. Widman’s very brief, spare and bare Duos 3 and 10 from 24 Duos had an eerie, whispery quality about them requiring an intense concentration.

Perhaps the most intriguing work was one composed by Matthias Pintscher for the Rahman-Diener couple Study on the Treatise of a Veil by Twombly. Here was an exercise in certain strange sound effects, the positioning of paper clips lower down the cello, and if I heard the cellist explain correctly, also in the violin. There was an improvisationary element about it and the unexpected was to be expected but all seemed to go well. The recital continued with 7 of Glière’s Eight Pieces, op. 39. Lovely pieces in different tempos performed with great charm. It made me wonder why they did not go the whole hog by leaving out one piece of the eight. Ava Rebekah Rahman was very, very warmly applauded when she exquisitely performed the Méditation from Massenet’s Thaïs to mainly arpeggio cello accompaniment. The masterly performance of Halvorsen’s Passacaglia on a Theme by G. F. Handel resulted in a standing ovation for the duo. 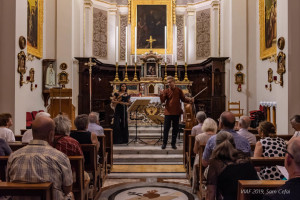 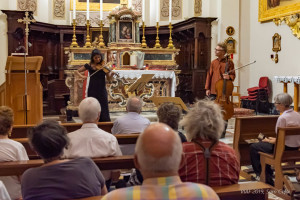 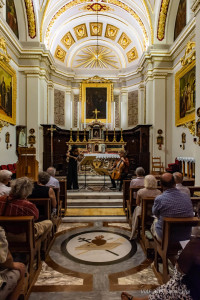 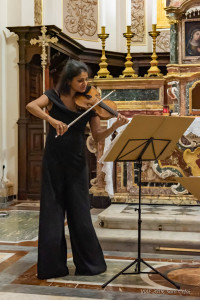 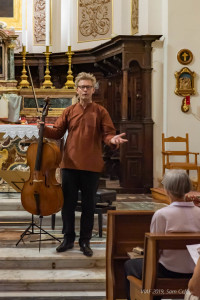