The third-floor hall at Il-Hagar Museum was packed to the rafters despite the sweltering heat on Saturday 29 June.  But when it’s an ensemble that delivers the goods, it’s worth sacrificing for.  This time, it was Cordia Quartet’s turn to regale an enthusiastic audience with some exceptionally fine music-making.

David Lang, Emese Tóth on the Violin, Jacob Portelli on the viola, and Frank Camilleri on the Violoncello performed two beautiful string quartets, namely, Mozart’s String Quartet no. 8 in F Major KV168, and Borodin’s famous String Quartet no. 2 in D Major.  The homogenous sound and rapport among the four musicians was what perhaps struck the audience from the outset.  This emerged immediately from the first movement, a sprightly Allegro, of the Mozart work.  There was a sense of camaraderie exchanged in the lovely give-and-take that characterises this movement.  The ensemble quickly changed mood in a seamless fashion with the more mature and sombre Andante, a movement, as Francis Camilleri notes in his insightful programme notes, “foreshadows the later quartets”.  Yet, Mozart being Mozart, is never far from merriment, and this reemerges in the third movement, a Minuet and Trio.  The simple joviality so typical of the composer sparkles without denting the sobriety of the entire work.  The final movement, another Allegro, shows the composer engaging with some contrapuntal wizardry, one that was easefully executed by Cordia Quartet.

The Borodin work is arguably one of the best known in the canon, most especially for its absolutely ravishing Nocturne, the third movement.  The exchanges and responses among the members of the Quartet was nothing short of impressive here, with the plaintive singing on the violins equally balanced by melancholic but not quite sad replies on the lower strings.  This movements was framed by charming, almost magical first movement, where the singing qualities of the instruments was fully exploited.  The Scherzo, as belies the playful quality of the form, produced a lighter texture to an otherwise dense and profound canvas of sound, while the Vivace brought this simply lovely work to a resounding close. 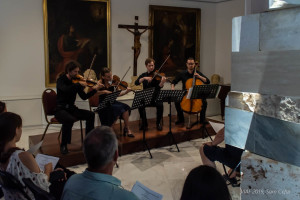 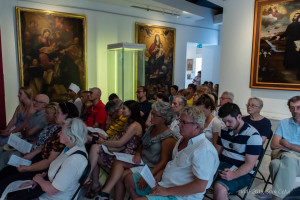 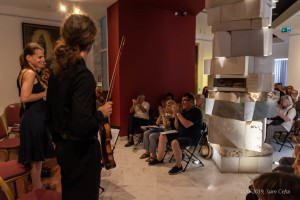 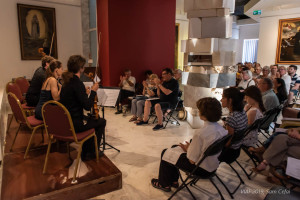 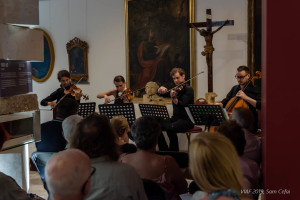