Biliana Tzinlikova hails from Sofia, Bulgaria.  She started her Pianoforte studies at the State Music Academy in her native city, progressing to advanced study at the famous Mozarteum, Salzburg, obtaining a distinction in her final exams in 2001.  She has attended numerous master classes, most notably with Paul van Ness, Arndzej Jaszinsky, Pierre Amoyal, and others.  She has been particularly influenced by her professional collaboration with Ruggiero Ricci and Ferenz Rados.  Biliana’s versatility comes out both in her brilliance as a soloist and in her excellence as a chamber music performer.  In the latter capacity, she has collaborated with world-class musicians, most notably, Thomas Riebl, Ulf Schneider, Stephan Ricard, Patrick Demenga, Gustav Rivinius, Esther Hoppe, and others.  She has participated in Festivals all over Europe and the U.S.A., and has been a member of the prestigious Munich Philharmonic Orchestra Trio.  She debuted at the Vienna Konzerthaus in 2004, and is very interested in finding new approaches to different compositions, both past and contemporary.  She currently teaches at the legendary Mozarteum, Salzburg.

‘Orchestra Project’ is the combined endeavour between the University of Salzburg and the Mozarteum University. These two legendary institutions come together twice a year to work on diverse projects, resulting in concerts which are generally performed at the famous Solitär Hall at the Mozarteum. 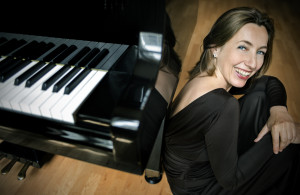