Martinů Quartet owes its origins to its members’ student days at the Prague Conservatory and the Academy of Performing Arts. It has existed since 1976, when it was established under the name Hlavák Quartet. Subsequently, pursuing the tradition of the Czech quartet ‘school’, the Ensemble won a number of awards both at home and abroad. In 1985 it re-named itself after Bohuslav Martinů. The Quartet has performed in the majority of European countries, in the U.S.A., Canada, and Japan, and has been invited to prestigious Festivals and concert stages (Europa musicale, City of London Festival, Orlando Festival, Netherlands, Kuhmo Chamber Music Festival, Finland, Prague Spring, Paris, Tokyo, Basel, and many more). Its members have also shared their impressive experience as lecturers at international master classes. The Quartet’s repertoire is naturally vast and contains major canonical works in the genre, amongst many others.  It has received the MIDEM award for the best CD of twentieth-century chamber music (Cannes 2004). Over the long term, the Ensemble has performed and recorded quartets by the US-based composer Tomáš Svoboda, as well as other contemporary and neglected Czech composers. The Martinů Quartet has made recordings for Czech Radio, Radio France, the BBC, ARD, and ORF, and for a number of Czech and foreign labels. The Ensemble has received the Czech Chamber Music Society Award (1990) and a special prize from the Bohuslav Martinů Foundation (2001).

During the last three years the Martinů Quartet toured and played concerts in the U.S.A., U.K., Holland, Israel, France, Japan, and China.  The Quartet has also performed at major Czech international Festivals such as Dvořák’s Prague 2016, Prague Spring 2017, and Concentus Moraviae 2016. Their last double CD of Taneyev Quintets received great recognition and was introduced on Radio France and the BBC.  Forthcoming CD projects include the recording of chamber works by Petr Eben –the internationally best-known and most respected contemporary Czech composer. Their chamber-music courses PLAYWIP are very popular and have participants from all the world, including Japan, the U.S.A., Canada, and Taiwan.

“Thanks to the Martinů Quartet, the genius of Taneyev, the Russian creator of melodies, and teacher of Scriabin, Rachmaninov and Medtner, lives again today.  A magnificent recording.  The Martinů Quartet gives an opulent account of this music and makes no attempt to persuade us that a sparer rendering will render it more modern.  Unlike Tchaikovsky and Rachmaninov, Taneyev does not go in for drama or theatrical expression.  This is borne out by the Largo of the Piano Quintet (op.30), a true masterpiece.  In the simplicity of its inspiration Haydn comes to mind.  The two String Quintets reveal a wealth of inspiration and a freshness that the musicians express with an elegance unparalleled in the modern readings.  In the Piano Quintet they surpass the up to now excellent version by Repin, Gringolts, Imaï, Harrell, and Pletnev.” (Deutsche Grammophon).

“The Martinů Quartet does full justice to Taneyev’s dynamic, romantic impulse.  [Taneyev] had a musical heart, often passionately expressed and with a dynamic, romantic impulse.  Those are qualities that come across clearly in these performances: they have a strong backbone, but equally are alert to the lithe interplay between the five instruments to create substantial canvases in sound.” (The Telegraph, 21st March 2015)

“Taneyev’s chamber works are cast on a big scale, infused with a nostalgic late-romanticism that is both winning and slightly cloying.  The Martinů Quartet, however, makes the strongest possible case for them” (Classical Music, January 2016 ****)

“The artists have an exceptional understanding of what Taneyev is doing…very appealing work, sensitively understood and played” (Grammophon Magazine, May 2015)

HARMONIE music magazine (Czech chamber music society, Rudolfinum, Prague April 2017):“…the ensemble is in top form and is a top interpreter of quartet music. The Martinů Quartet has its own distinctive style of expression and an exquisite culture of sound, and it needs no extreme effects to emphasise its individuality. The ensemble is exemplary in respecting the author’s notation and renders the author’s idea and intention perfectly.” 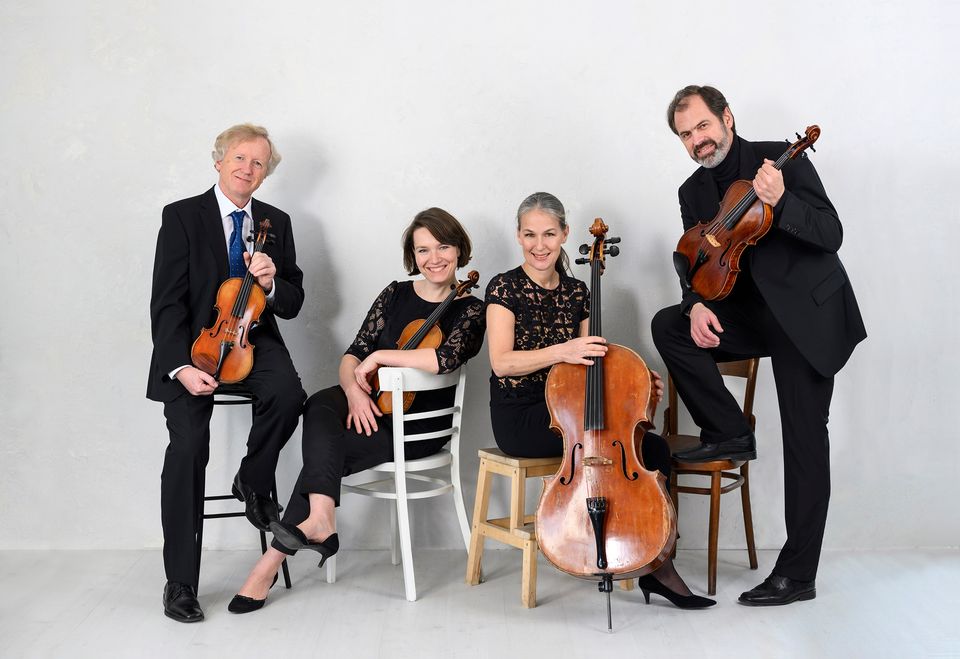