Cordia’s name is derived from the Latin Cordia (hearts) and also has phonetical Maltese overtones of Korda (strings). With such pedigree, the vision of Cordia Quartet is to create for its audience the ambience of concordance in musical harmony and within the four different string instruments of the quartet. Together they have been invited to perform in numerous prestigious concerts both locally and abroad, including the Victoria International Arts Festival in Gozo, the August Moon Ball, for Austria’s National Day, in New Delhi and Calcutta under the auspices of Maltese Ambassador for India, at Marlborough House in London for her Majesty the Queen as part of the Commonwealth Celebrations.  They are regularly engaged to perform at State dinners and receptions, and other high profile national events under the patronage of the President of Malta.  They were personally chosen to play during the state dinners done in Malta during its EU Presidency. 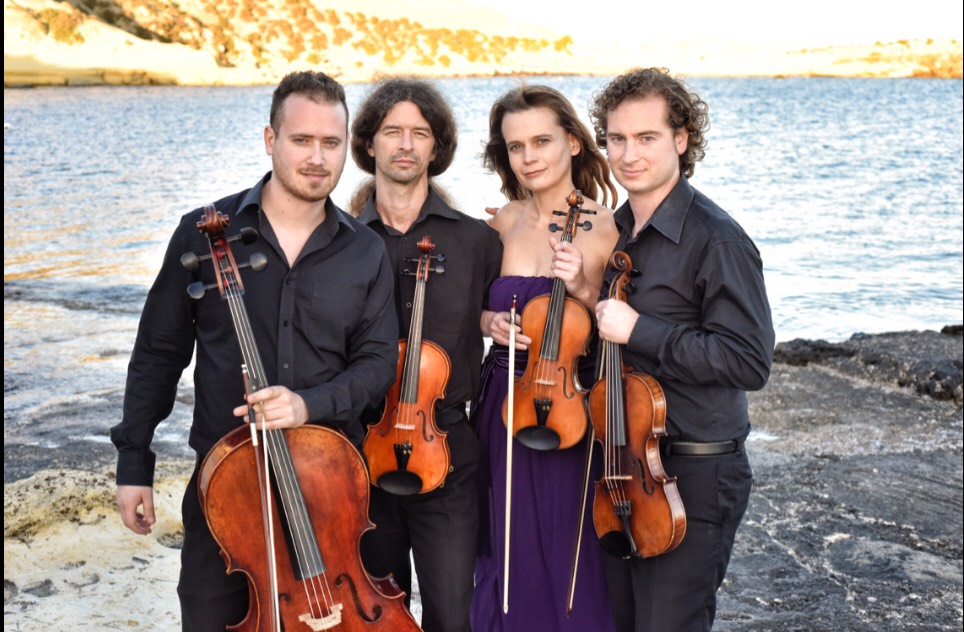