Maria Conrad was born in Saarbrücken and started her piano and violin studies in Malta at an early age. She obtained the Associate and Licentiate Diplomas from the London College of Music, the Trinity College of Music, and the Associated Board of the Royal Schools of Music in both instruments. She graduated from the University of Malta in Music and German Studies, and furthered her violin studies at London’s prestigious Guildhall School of Music and Drama under the guidance of Prof. Krzysztof Smietana. Maria was a member of the National Orchestra of Malta and Orquesta Sinfonica de Extremadura for several years, and a regular collaborator with leading Spanish orchestras such as Gran Canaria Philharmonic Orchestra, Galicia Symphony Orchestra, Bilbao Symphony Orchestra, and others. An avid chamber musician, she has worked with various ensembles on music ranging from baroque to contemporary.

José Garcia Gutierrez is an accomplished French-horn professor and performer from Alicante, Spain. As a professional horn player he has held several distinguished posts, such as principal horn of the Orquesta Filarmonica de Gran Canaria, the Orquesta Sinfonica de Navarra, and the Orquesta Sinfonica de Extremadura. As guest performer he has had concert engagements as soloist or principal horn with several orchestras, including the London Symphony Orchestra, Orchestra Teatro alla Scala, Sydney Symphony Orchestra, and others. José has recorded Mozart’s Wind Octet with the Gustav Mahler Jugendorchester Octet; ‘Soliloquies’ for solo horn and ‘Trio Concertante’ by Maltese composer Joseph Vella, and the Horn Concerto and ‘Eclogue’ by Maurice Blower together with the Malta Philharmonic Orchestra, amongst others.

Francis James Camilleri formally commenced his pianoforte studies with Lucia Micallef and continued his tuition with Karen Briscoe. He also took regular lessons with Prof. Vanessa Latarche at the Royal College of Music, London. Francis graduated from the University of Malta in pianoforte performance under the tuition of Michael Laus, and has participated in master classes led by John Lill, Mikhail Pethukov, and Young-Choon Park, amongst others. He has performed in the most important venues in Malta and has also given a solo recital at Bassano del Grappa. Francis was coaching in harmony and counterpoint by Joseph Vella, Malta’s leading composer. Francis is a member of the Laudate Pueri Choir and a volunteer with the Victoria International Arts Festival. 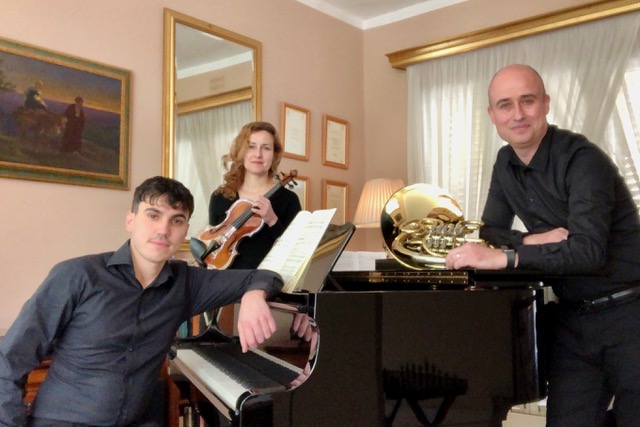